Marty Hollmann’s first car was a Model A Ford Roadster which his parents bought for him for $35. He completely took it apart and rebuilt it and drove to High School every day at the age of 15. His second car was a 1943 Ford Phaeton. He put and Old’s engine in it and raced at the San Fernando Drag Strip. His third car was a 1915 Model T Ford Roadster which he put on his own designed rails. It had a 48 tooth, LaSal transmission, a 4-11 rear end and an Old’s engine. It became the most famous car in the US in 1961 and was featured in a number of TV shows and car magazines. Hot Rod Magazine called it “one of the wildest street roadsters ever constructed.” 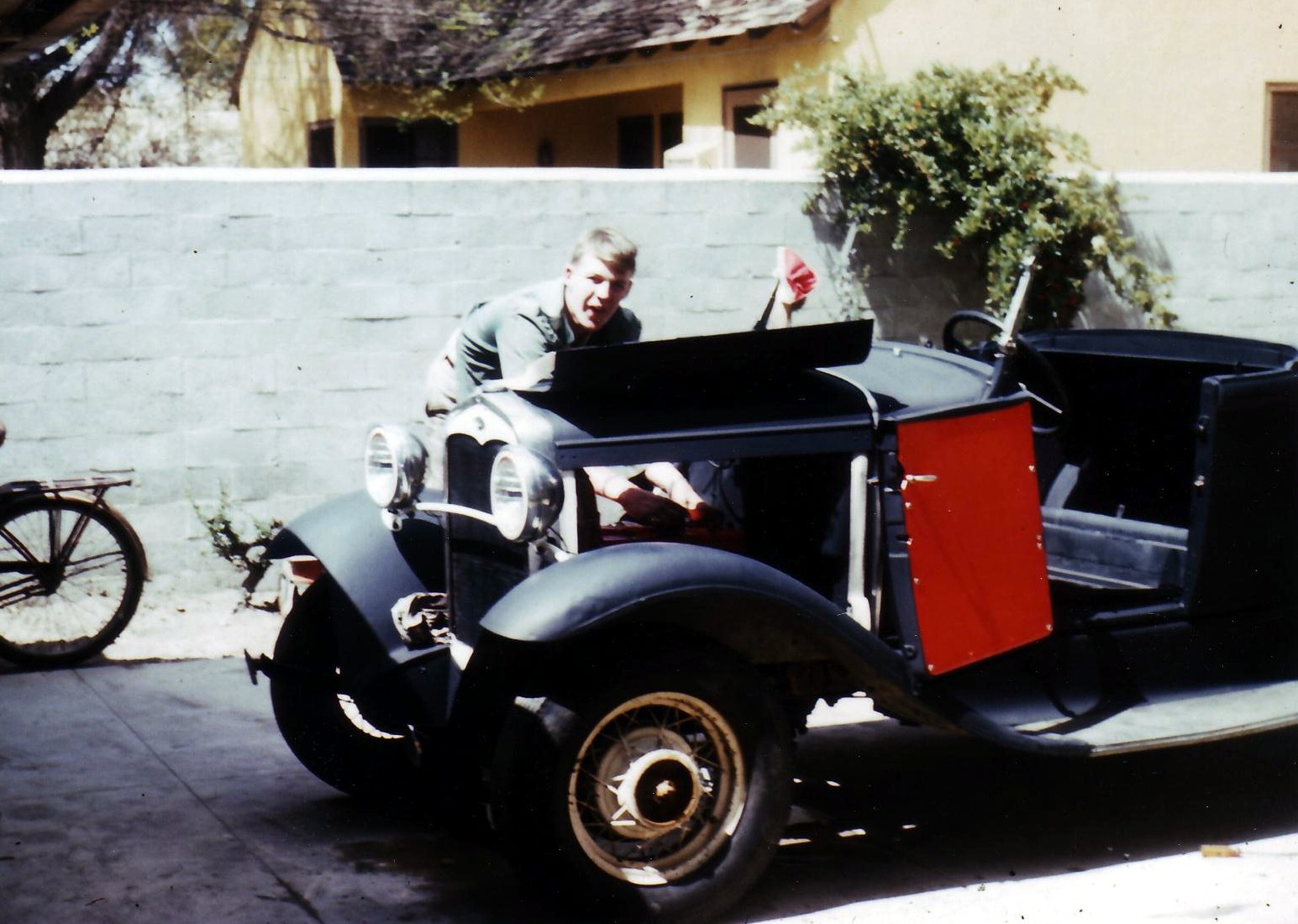 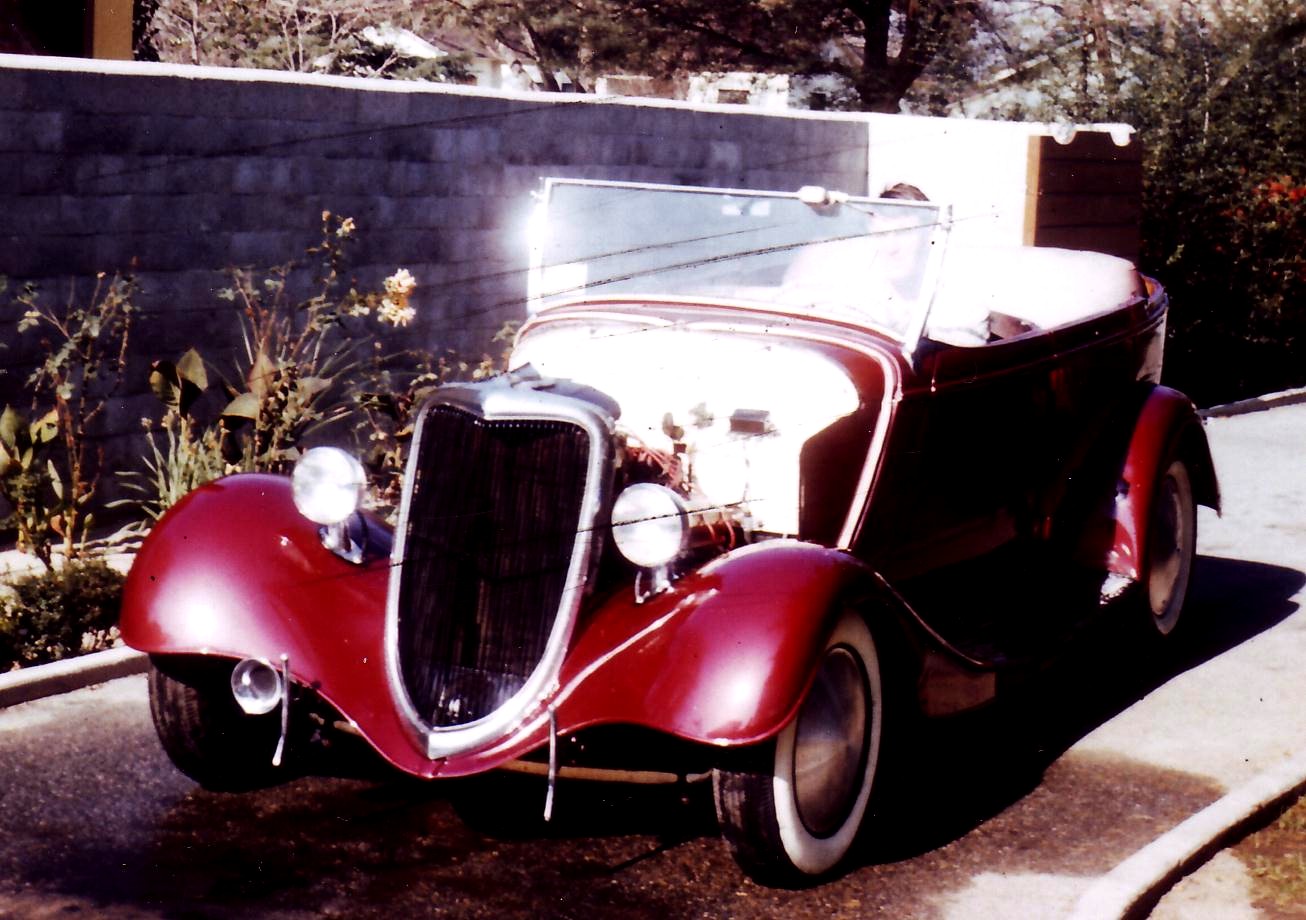 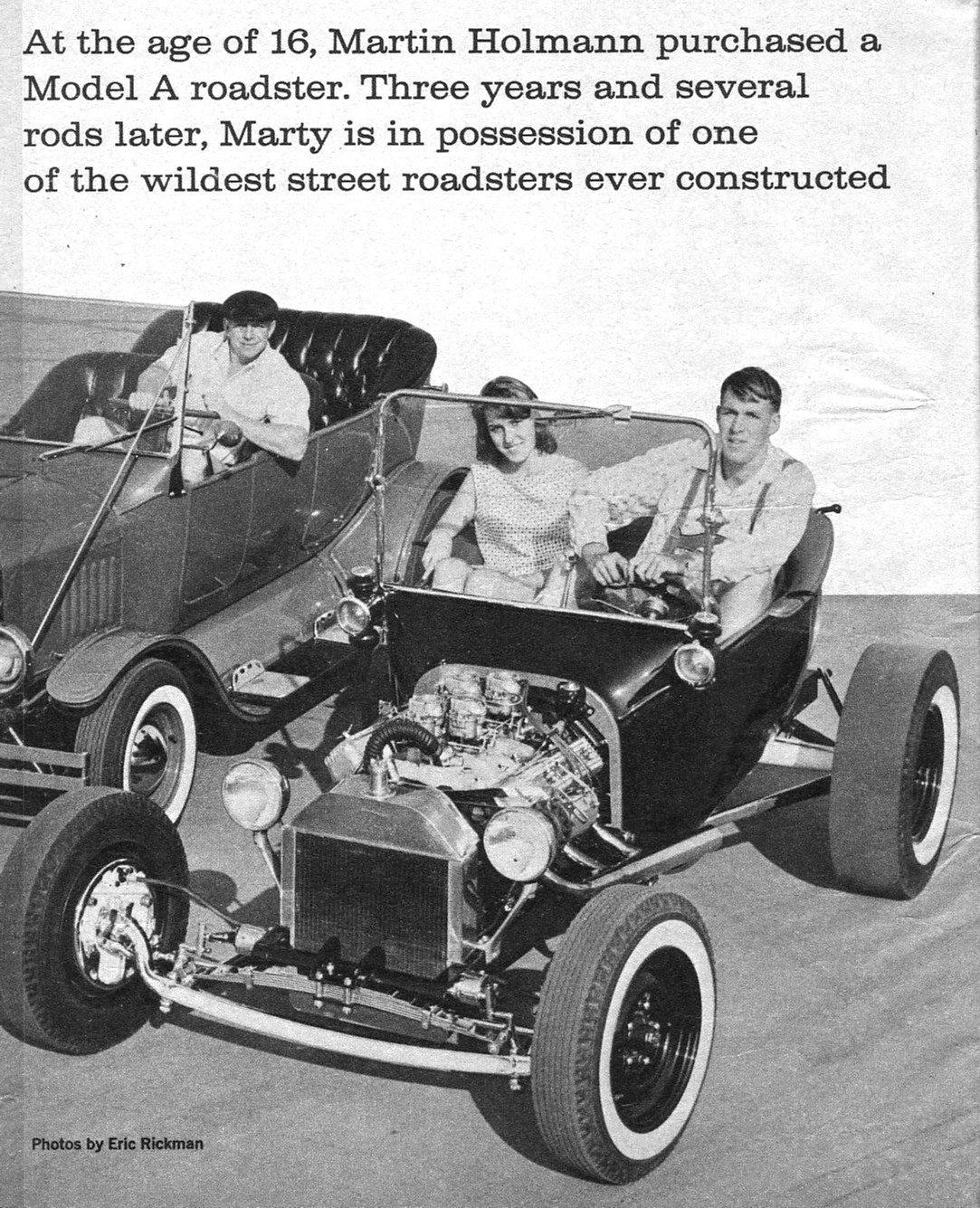 Marty Hollmann’s 1915 “Bobtail T “ Martin Hollmann is without a doubt the most underrated T-bucket builder of the 50’s and 60’s. How so, you say? Sure, Grabowski and Ivo built 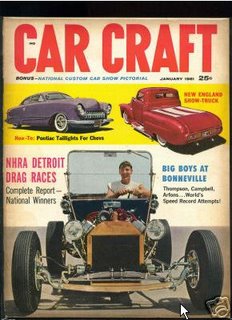 awesome buckets that have inspired generations that followed. But, what other 19-year-old (born in Berlin, Germany, no less) creates such a unique, beautifully proportional T-bucket that it achieves the hat trick of hot rodding: the covers of Hot Rod, Car Craft, and Rod & Custom — all within a 15 month period!

I first saw Marty’s T-bucket on the cover of the January 1961 Car Craft and was fascinated by it. At the time, I was only 12 and didn’t truly understand the beauty of symmetry, but I knew I loved this T-bucket. The T grille shell was sized and positioned to allow the finned Weiand valve covers to be perfectly visible above its angular sides. And that ’49 Olds V8 appeared massive — it was as wide as the bucket’s firewall!
The profile photos showed a T-bucket that appeared more rakish than those of Grabowski and Ivo. Only later did I learn that there was a significant difference between Marty’s 1915 T body and the later models used by Norm and TV Tommy.

Coincidentally, Marty & Norm Grabowski were friends. Norm was member #10 and Marty was member #11 of the L.A. Roadsters club. 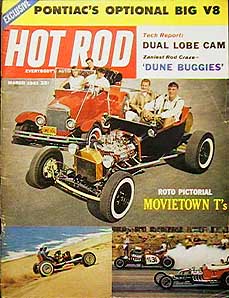 I’m sure the friendship also helped when Marty’s T appeared in the 15th episode of the 4th season of 77 Sunset Strip as the “Chrome Coffin”.

When Marty’s T appeared on the cover of the March 1961 Hot Rod, it was paired with Norm’s T touring. As further proof of this bucket’s mass appeal, it was used in such movies as “Bikini Beach” and “Son of Flubber” and other TV shows like Dobie Gilles and Westinghouse Playhouse.

Marty’s bucket was also the car that the Lindberg “Bobtail T” model was based upon. This was a huge 1/8 scale model that even came with a small DC motor to power it. Lindberg still makes the “Bobtail T” (now with a list price of $99 and in different colors, such as green and red).  See box cover below.

I’d like to know if Martin Hollmann has ever earned any royalties from either of these models, but my guess is probably not because Big Daddy Roth was evidently one of the few to have a licensing agreement with a model car company.

Just in case you might have any lingering doubts about how cool Marty’s T-bucket was, here are a couple of other facts to note: Chassis guru, Kent Fuller, helped Marty in the construction and the shiny black finish was applied by an up and coming young painter named Don Prudhomme. Below is Hollmann in his T cruising down Van Nuys Blvd. Martin worked at Bob’s Big Boy directing traffic. 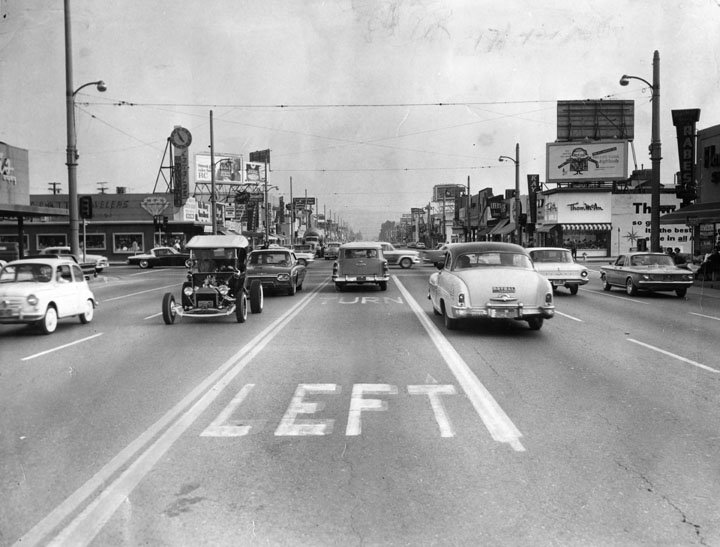 Marty, I made this DVD. I feel your T-Bucket was really one of he most infuential ones ever built and that it just hasn’t gotten the recognition it deserves. All the best. John M. See below.