The Nova was a two seat, three surface aircraft with a water cooled Rotax 563 engine with a pusher propeller. The engine turned out to be problematic and after successful flight tests the project was scraped. Dave Morss was the test pilot. 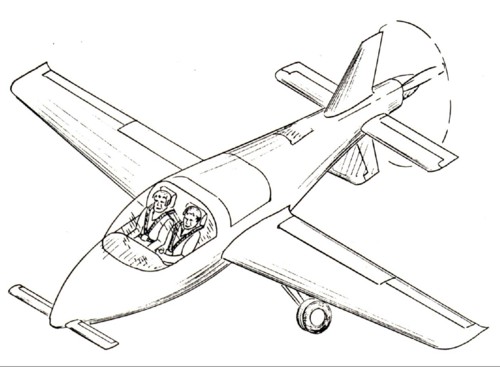 Richard Trickel at High Tech Composites built parts for all  of the composite airplanes from 1986 to 2002. This included all the Lancair kit aircraft, Star*Kraft, Stallion, Discovery, CM44-A and more. Below right, are Lance Neibauer, Martin Hollmann, Richard Trickle and Richard Tracy, early partners in High Tech. 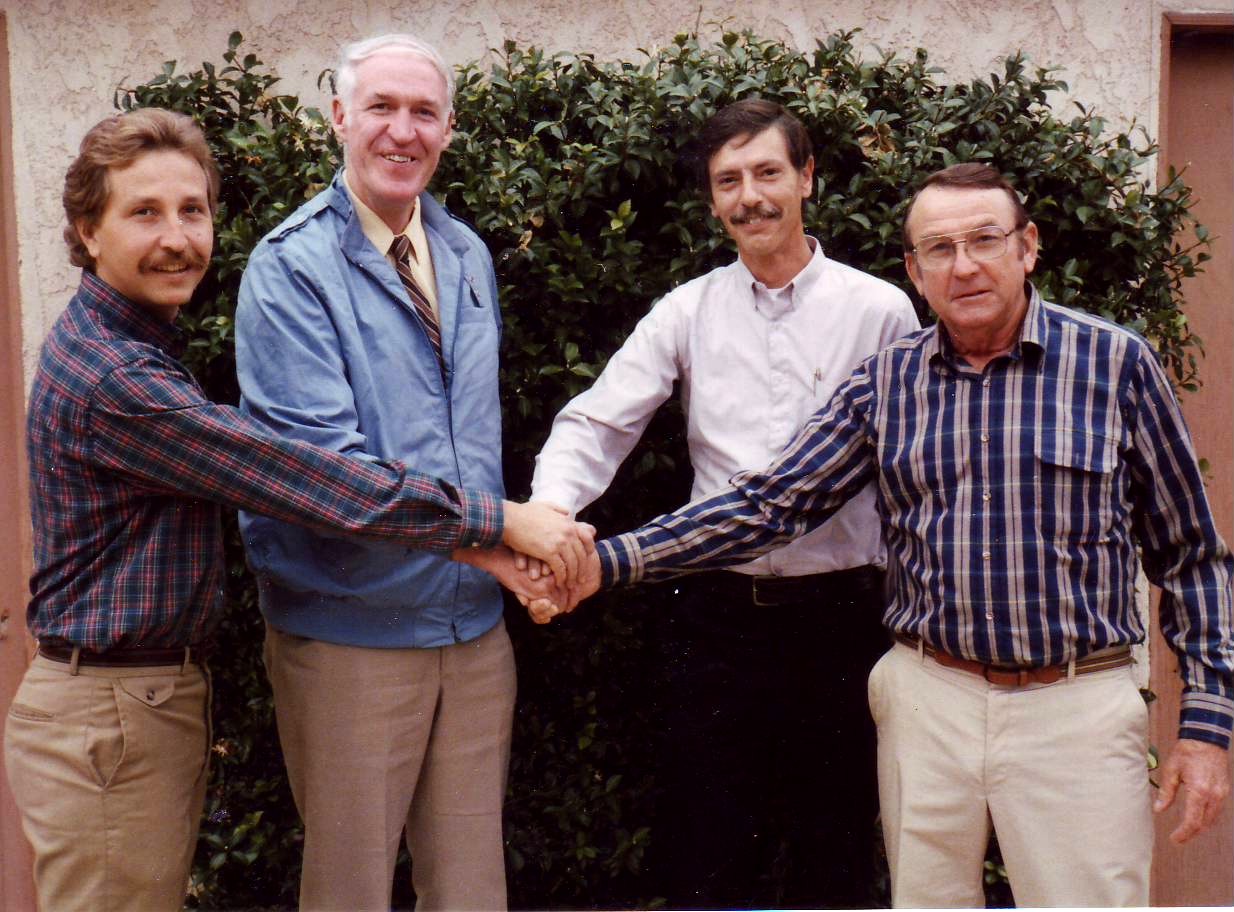 On October 15, my good friend and ex-partner, Richard Trickel died of bladder cancer. At the time he was living in Brazil. I met him while he was living in Oxnard, CA He had worked for Jim Kern at TASK building my Bumble Bee blades and he decided to open his own company called High Tech Composites to build aircraft parts. There is no better friend than one could have as Richard and we who knew him give credit to our success because of him. Will miss him dearly.

Back in the early days, Richards partners called me and asked me if I wanted to buy them out of High Tech. I said yes, if Lance Neibauer would also come in as a partner. Richard at that time was making all the molds and parts for the Lancair 200. Richard had made a deal with Lance that he would not charge him for the molds if Lance came to him for the parts. I called Lance and he said yes, it makes sense. So we chipped in $11,000 each and bought the other partners out. Richard remained the President. Our first big contract was from California Microwave to redesign and rebuild the CM-44. I did the engineering and Richard made all the parts. We went on working as a team and designing and built many advanced composite aircraft such as the Discovery, Star*Kraft 700, Giles G-200, FAA certified cowls for Basseler turboprop conversions, Lancair 320, 360, IV, ES, and my Stallion molds and parts, the Pulsar parts. Richard went on to design and build his own aircraft called the KIS and Cruiser. When business became slow, Richard sold Hi Tech and moved to El Salvador, then to Guatemala and then to Brazil where he died.

God bless you Richard. I know you are in heaven.