The CM-44 was designed and built by Scaled Composites for California Microwave (CMI). The aircraft was a canard pusher which carried 700 lbs of electronic gear for surveillance. It was test flown by Michael Melvill in February 27, 1987 and found to have a severe winglet induced yaw problem that Scaled could not fix. The first flight had scared Mike and he did not fly it for two weeks. Then Burt Rutan flew it and claimed it was a good flying aircraft. However, CMI did not agree. Hollmann contacted CMI and promised to fix this problem. Dr. Ilan Kroo from Stanford, working for Hollmann, set up a lattice element model of the CM-44 and we fixed the problem on the computer as shown below. High Tech Composites built the molds and parts.  It was test flown by CMI  CMI’s test pilot exclaimed, “We have a winner.”  Hollmann, Rick McWilliams, Jim Philips had designed new wings, winglets and canard for the CM-44. The canard size was doubled and the take off distance was halved. The difference between the new and original design is shown below. The wing taper ratio had been reduced, a new canard airfoil designed by Roncz was used and the winglet size was increased. The lifting surface and winglet lift coefficients next to the lattice model are shown. The dash lines show the original CM-44. 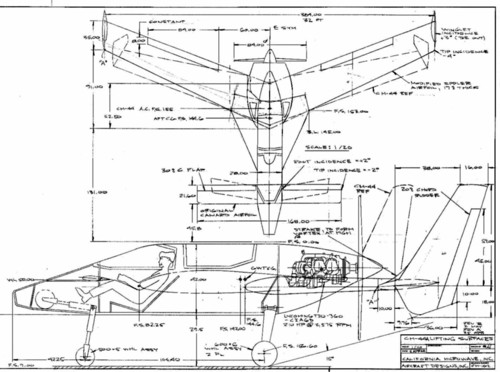 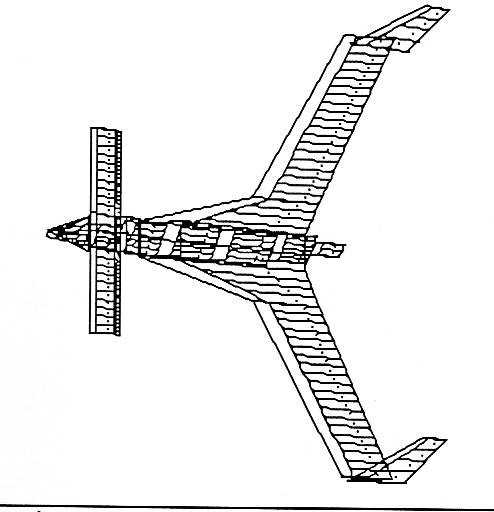