In 1982 Martin Hollmann held one of his aircraft design classes in Santa Monica, CA. Six people attended including Lance Neibuaer. He asked Martin if there was a future in bringing to market a new, two place sport aircraft. Martin of course said “yes.” Two years later, Lance send Martin a request to perform a stress analysis on his two place design and a check for $200. Richard Trickel offered to build the molds for Lance’s aircraft at no cost. Richard had formed a composite fabrication company called High Tech Composites in Oxnard, CA. Lance moved to Santa Paula, CA based on Martin’s recommendations and rented a shop space that had been occupied by Jim Kern of Task Research. The new aircraft was powered by a Continental 0-200 and Lance called his aircraft the Lancair 200. It had a cruise speed of 200 mph. Although the protoype was made of urethane and hot wire cut styrofoam and covered with wet layed up fiberglass, the production Lancair 200 kit parts were made of temperature cured, prepreg fiberglass and graphite parts. They were lighter and stronger than the epoxy, wet layed up, fiberglass parts used on most kits at that time. The Lancair was modified with different engines and grew into the Lancair 320 and 360. Thousand of kits were sold and built. A continued working relation existed between Lance and Martin. 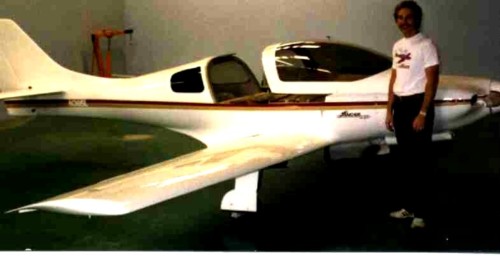 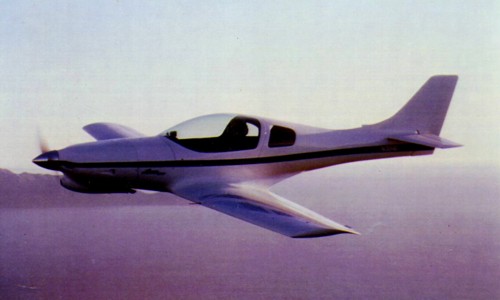 In 1988, Lance contacted Martin to help design a four place aircraft around a Contintental TSIO-550A engine which had 350 hp at 2,700 rpm. From the outset the aircraft was designed to be presssurised and fly at 24,000 ft. I called my good friend and aerodynamicist, Rick McWilliams to design the wing and I designed the structure and stressed everything. The Lancair IV was built in 1.5 years and introduced at Oshkosh in 1990. The first prototype and kits were not pressurized. On a Friday in July, 1990, Lance and Dave Morss took off for Oshkosh, flying at 19,000 feet and using oxygen, the cruise speed was 300 kts. About 25 Lancair IVs were sold that year at Oshkosh. The Lancair IV was fast and Dave Morss went on to set many records with it such as flying from Los Angeles, CA to Florida in 6 hours and  2 minutes at 24,000 ft. averaging 385 mph. Below, left Don Goetz is clowning around during the lead shot load test of the LIV wing test. Lance with his back to the picture is not amused. 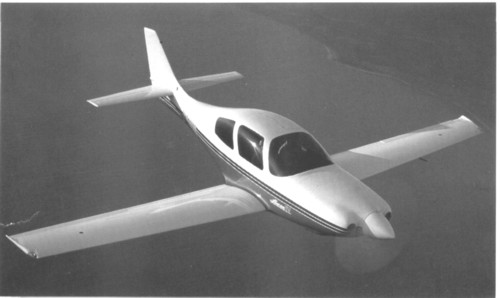 Below is a Lancair IV with a PT6A-27 gas turbine engine which Hollmann designed for Ty Ross. Ty flew his aircraft to Oshkosh but he had to make 5 landings to refuel. The LIV was designed to carry 90 gallons in the wing and with a fuel burn of over 35 gph the range is not long. The external tanks shown in the dwg did not work and were not installed. Ty states that it flys like a rocket with a climb rate of over 4,500 fpm. When he gets bored, he jumps in his rocket and boredom is instantly gone. 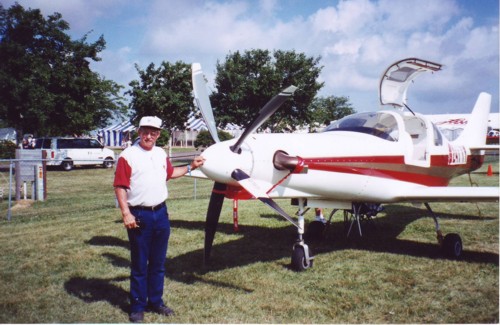 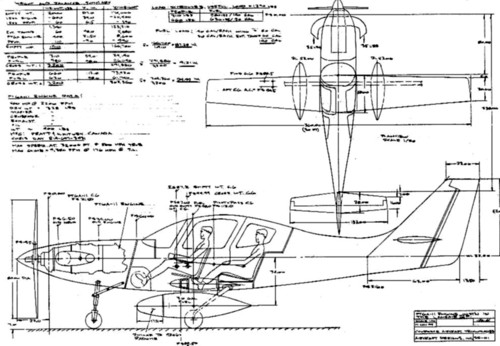